Articles on this Page

Sort of a strange thing to put in a videogame forum, I will admit, but there are plastic model kits based on videogame, and furthermore, there is some intersection between those who make (physical) models and those who like videogames.

Mostly a thread to show off one of my hobbies but you're welcome to post your own here because it's the only such thread on the entire forum as far as I know; I checked before starting this thread.

Any type of physical model is welcome--wooden, metal, paper, plastic, even 3D-printed and kitbashes. However, I would prefer it if, if you have at least one anyway, that you start with a video game-related model.
(And yes, I know I spelt video game two different ways, I did that for funsies.)

I discovered some informations using an hex editor on both games data files (you may know those as .cpu.sp* and .gpu.sp* [ *=c for all star; *=2 for TSR]

both games have a nearly identical structure, so if we can rip one game, the other becomes rippable easily.

the .cpu file appears to be an archive file, with the .gpu being the container (a bms script could possibly unpack those then)

the most interesting parts now:
-models are actually in .mb (maya binary) format [includes then meshes, skeletons and animations and can be directly opened in Maya 3d]
-textures are DDS files

the only problem we have left is...how to unpack the data files properly?

sample files from both games: https://drive.google.com/open?id=1bxt5gK...HtYBy6ENaD

Does anyone have any plans to rip the new Shovel Knight Showdown sprites from the new King of Cards update? I see that someone has added the Joustus card character portraits so I'm wondering when the Showdown sprites might be posted. I'm specifically interested in getting the yellow-and-white background of the victory screen in high quality since all I can go off of right now is screenshots. Thanks in advance!


But I'm having trouble adding files to the game ISO


I'm using apache3 & apache2 & apache1.1 and ultraISO To add and replace file and Extract file for edit. But use of these two programs sometimes fails and sometimes succeeds This means that the game sometimes crashes after replacing the files


(Im testing my edited game on pcsx2 , It's difficult to test games on the PlayStation 2 every time) But when i tested one of my moded gta sa on real ps2 console -scph 90004- after loading screen and start cutscene game frezze
but in my test on pcsx2 game run perefect 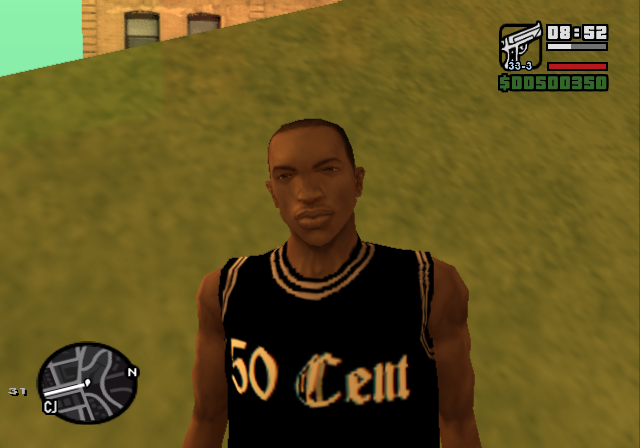 if i found right program I have no problems anymore

Hi, I was wondering if it's possible to get a model rip of Ms Splosion Man (game is named after her) there's no model rip page of the game at the moment

Hi. I just wanted to know how to open SPM Files from PaRappa the Rapper 2. i extracted a INT File with quickbms and i got tm0, tm1, spm, and spa files. So i`m pretty sure spm files are the model files. i saw that The Cutting Room Floor showed the unused boxy boy.spm model. So is there a way i can view SPM Files?

My name's Ana, and I've been browsing a couple threads on this forum about ripping, but so far haven't been able to figure out what I need to do. I'm hoping to be able to figure some stuff out from everyone here

I'm interested about the HUD of Kirby's Return to Dream Land and trying hard to find the rip, but no one posted them. I saw some people made a character modifications with custom character portraits (i.e. "Kirb" by Ninelevendo).

This is "The Sounds Resource" Where is MSX / MSX2?

Seems upon extraction the UVMaps are not coming with? I'm using SwitchToolbox to grab the textures.
Exporting the model with OBJ doesn't bring the rig with it. However it does with FBX.

Where am I going wrong on this?

Does renaming the texture files cause problems?
Exporting as OBJ doesn't give you the bone armature so I don't prefer that.
Is FBX the wrong way to go?

hii! anyone can rip hydreigon model please? i can pay 5-15 or what you think is fair! thanks por the attencion and sorry,english isn't my main lenguage :'3

I've tried to follow the instructions here, but it's just so many programs and steps that it's overwhelming. All I wanted was to rip models and textures from Kirby Triple Deluxe!

Can somebody please tell me how to do it in simple terms? I'm using Every File Explorer, if that helps.

How do u rip 3d models from Rival Stars? im using bluestacks to play the game

Was wondering if someone could grab the model of the player character from Fe (https://www.origin.com/can/en-us/store/fe/fe) for use with blender or something similar.

So I recently submitted an 8-bit edit of a sprite sheet to the Mega Man customs section, and it inexplicably got reclassified as a "16 bit" version of the character. I would like to briefly contest this.

Firstly, Fuse Man's sprite in this sheet uses exactly 6 colors, which happens to be the exact same number of colors that many other 8-bit robot masters do, including Tornado Man here, who happens to resemble Fuse Man and work as a handy comparison.

Now, Tornado Man is not from a true 8-bit game but a Wii title aping the aesthetic of the NES, but Mega Man 9 would certainly classify as 8-bit to most people. Interestingly, Fuse Man actually has fewer colors than a true NES robot master, Plant Man.

You'll note Plant Man is also a bit taller than Fuse Man, in case size was an issue. For further comparison, here is the Mega Man sprite from Wily Wars, an actual 16 bit Mega Man game (albeit a relatively low detail one compared to Mega Man 7).

Mega Man here has over twice the number of colors in his diminutive sprite than my submission does. And that discrepancy gets a lot worse if you compare him to the character sprites of later 16-bit titles.

While I admit the shading techniques I used to adapt the color depth of the original Yuusha no Kuse ni Konamaiki da DASH! definitely make this sprite look a bit different than the standard Mega Man sprite look, I clearly labeled the sprite as 8-bit and not "NES style", and I don't think simply using color theory merits an exclusion from an entire bit category. Besides, anyone who's played a bootleg NES game knows the system can distribute colors a lot better than one might suspect.

Anyway, below is another version of Fuse Man. He has one fewer color, more solid outlines, and almost no shading whatsoever. All of this makes him look more in line with the style of the original Mega Man games. And next to him is the Fuse Man from my submitted sheet. Can you really say an entire bit category separates them?

Youngest was the main one I wanted from Sword/Shied.
Switch games aren't something I deal with when it comes to ripping models so I'm clueless on how to do so.

So I was just wondering if someone could get him from the game?

Youngest was the main one I wanted from Sword/Shied.
Switch games aren't something I deal with when it comes to ripping models so I'm clueless on how to do so.

So I was just wondering if someone could get him from the game?